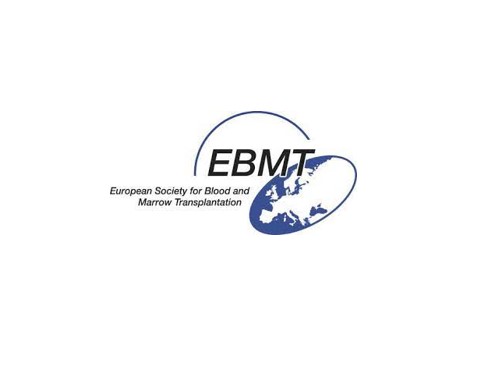 — Clinical data was gathered from eleven patients with gastrointestinal (GI) aGvHD treated with MaaT013, MaaT Pharma’s full-ecosystem microbiota biotherapeutic, as part of a compassionate use program –

Lyon, France, August 31, 2020 – MaaT Pharma announced today clinical data on the compassionate use of its lead full-ecosystem microbiome restoration biotherapeutic, MaaT013. The data included eleven patients that developed gastrointestinal, acute Graft-versus-Host-Disease (GI aGvHD), a severe condition where the transplant donor’s immune cells attack the patient’s tissues after receiving an allogeneic Hematopoietic Stem Cell Transplantation (allo-HSCT) to treat their hematologic malignancies. All patients showed some response to MaaT013, with five patients achieving a complete response and two having a very good partial response 28 days after first dosing. The results were presented by Dr. Florent Malard, Associate Professor of Hematology at Saint-Antoine Hospital and Sorbonne University in an ePoster presentation on August 29, 2020 during the Virtual 46th Annual Meeting of the European Society for Blood and Marrow Transplantation (EBMT).

“There is a strong rationale suggesting that restoration of the microbiota in the gut could play a role in containing intestinal GvHD by modulating the immune system of the patient and we are starting to see this with the administration of MaaT013 in individuals with no other treatment options,” said Dr. Florent Malard. “The results from this compassionate use program show a remarkable improvement in the patients who achieved a complete response following treatment.”

In the presented evaluation, eleven patients with steroid-dependent (n=3) or steroid-refractory (n=8) intestinal aGVHD following allogeneic hematopoietic stem cell transplantation received at least one and up to three doses of MaaT013 as part of a compassionate program. Most patients (n=10) had developed GI-predominant aGVHD. Treatment response was evaluated seven days after each administration and on day 28 after the first dose. These patients had previously been treated with and failed up to five lines of systemic therapy for aGvHD.  Overall response rate was 82% (9/11) at day 28 after first dosing, including 5 Complete Responses (CR), 2 Very Good Partial Responses (VGPR), and 2 Partial Responses (PR). Considering the best GI response that can be achieved, all (11/11) patients experienced at least a PR, with 5 CRs, 4 VGPRs and 2 PRs. Among the 11 treated patients, 6 were still alive at last follow-up (median 214 days; [range, 49-413]). Among the 5 patients with CR, all were still alive at last follow-up and were able to taper or stop steroids and immunosuppressants. Only one patient presented recurrence of GI symptoms at 3 months. Overall, the data demonstrated that reintroduction of a full-ecosystem microbiota provided therapeutic effect in these patients. The safety of the MaaT013 microbiota biotherapeutic was satisfactory in all patients. One patient developed sepsis one day after the third dosing, but no pathogen was identified in blood cultures and the patient recovered after a course of antibiotics.

Data from 8 of these 11 patients had previously been presented at the 61st American Society of Hematology (ASH) 2019 Annual Meeting.

John Weinberg, MD, Chief Medical Officer at MaaT Pharma added, “We are encouraged by these positive results from the compassionate use program, which was conducted in parallel to MaaT Pharma’s HERACLES Phase II clinical trial to evaluate the safety and efficacy of MaaT013 in gastrointestinal predominant, steroid-refractory aGvHD patients. To date, a total of 65 patients have been treated with MaaT013, including patients under compassionate use, patients in an early access program in France, and patients enrolled in the Phase II clinical trial. We expect a primary readout from the trial in Q1 2021.”

The poster can be viewed on the company’s website.

MaaT013 is a full-ecosystem, off-the-shelf, standardized, pooled-donor, high-richness microbiome biotherapeutic, in enema formulation. It is manufactured at MaaT Pharma’s centralized European cGMP production facility. The product has a stability of up to 24 months and is characterized by a high diversity and consistent richness of microbial species. MaaT013 has been granted Orphan Drug Designation by the US Food and Drug Administration (FDA) and the European Medicines Agency (EMA). It is currently being tested in a Phase 2 clinical trial (NCT03359980), and is already being administered in compassionate use.

MaaT Pharma, a clinical stage company, has established the most complete approach to restoring patient-microbiome symbiosis to improve survival outcomes in life-threatening diseases. Committed to treating cancer and graft-versus-host disease (GvHD), a serious complication of allogeneic stem cell transplantation, MaaT Pharma has already achieved proof of concept in acute myeloid leukemia patients and a Phase 2 clinical trial in acute GvHD is ongoing. Supporting the further expansion of our pipeline into larger indications, we have built a powerful discovery and analysis platform, GutPrint®, to evaluate drug candidates, determine novel disease targets and identify biomarkers for microbiome-related conditions. Our therapeutics are produced through a standardized cGMP manufacturing and quality control process to safely deliver the full diversity of the microbiome. MaaT Pharma benefits from the commitment of world-leading scientists and established relationships with regulators to spearhead microbiome treatment integration into clinical practice.

We are a clinical-stage microbiome therapeutics company aiming to improve survival in cancer.

You can find out more about which cookies we are using or switch them off in settings.

This website uses cookies so that we can provide you with the best user experience possible. Cookie information is stored in your browser and performs functions such as recognising you when you return to our website and helping our team to understand which sections of the website you find most interesting and useful.

Strictly Necessary Cookie should be enabled at all times so that we can save your preferences for cookie settings.

If you disable this cookie, we will not be able to save your preferences. This means that every time you visit this website you will need to enable or disable cookies again.

This website uses Google Analytics to collect anonymous information such as the number of visitors to the site, and the most popular pages.

Please enable Strictly Necessary Cookies first so that we can save your preferences!