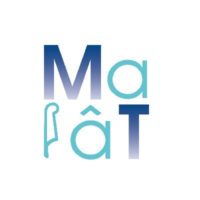 By MaaT PharmaDecember 11, 2021No Comments

Lyon, France, December 11, 2021 9:00pm CET – MaaT Pharma (EURONEXT: MAAT – the “Company“), a French clinical-stage biotech and a pioneer in the development of microbiome-based ecosystem therapies dedicated to improving survival outcomes for patients with cancer, announced today additional data from its Phase 2 clinical trial HERACLES (NCT03359980) as well as from its compassionate use (EAP) program in France for MaaT013, its high-richness, high-diversity lead microbiome ecosystem therapy (MET). The data showed that MaaT013 treatment in patients that developed acute Graft-versus-Host-Disease with gastrointestinal involvement (GI-aGvHD) following hematopoietic cell transplantation demonstrated promising objective gastro-intestinal response rate (GI-ORR)[1] in both groups. The primary endpoint of GI-ORR at day 28 was 38% in HERACLES and 58% in EAP patients, respectively. The secondary endpoint of best GI-ORR at day 28 was 54% in HERACLES and 67% in EAP patients, respectively. The clinical benefit seen with MaaT013 administration positively impacted overall survival (OS) rates of patients that responded to the treatment: OS at 12 months in responders was 44% in HERACLES patients and 59% in EAP patients. MaaT013 was also well tolerated in this heavily immunocompromised patient population.

The data was presented in an oral format by Dr. Florent Malard, Hematologist at the Saint-Antoine Hospital and Associate Professor at Sorbonne University in Paris, France during the 63rd ASH annual meeting on Saturday, December 11 at 2:45 pm EST / 8:45 pm CET.

“The positive clinical outcomes following treatment with MaaT013 are highly encouraging. MaaT013 continues to show promise as a treatment option for patients with acute GvHD, a devastating disease with very low long-term survival if steroid administration fails,” said Prof. Mohamad Mohty, Professor and head of the Hematology and Cellular Therapy Department at the Saint-Antoine Hospital and Sorbonne University. “The survival rate observed in patients treated with MaaT013 is also highly encouraging, both in the Phase 2 clinical trial in very severe patients and the compassionate use program, which shows an overall clear impact with MaaT013 treatment.”

“This data strongly supports our hypothesis that restoring gut microbiome diversity can significantly impact survival outcomes in aGvHD patients. These results move us closer to providing MaaT013 to patients with no other treatment options,” added John Weinberg, MD, Chief Medical Officer of MaaT Pharma. “Based on the clinical benefit observed with MaaT013 in 76 patients with this rare disease, we are looking forward to initiating a pivotal Phase 3 study with MaaT013 as a third line treatment in patients with GI-aGvHD. To date, we have received positive feedback from two European regulators and will communicate in due course when we include the first patient in the trial.”

In HERACLES, 24 patients with Grade III-IV, steroid-resistant, gastrointestinal aGvHD were treated with MaaT013 as a second line therapy

In the EAP, 52 patients with steroid-dependent or steroid-resistant, Grade II-IV, gastrointestinal aGvHD were treated with MaaT013

MaaT013 is a full-ecosystem, off-the-shelf, standardized, pooled-donor, Microbiome Ecosystem Therapy. It is characterized by a consistently high diversity and richness of microbial species and the presence of ButycoreTM (group of bacterial species known to produce anti-inflammatory metabolites). MaaT013 aims to restore the symbiotic relationship between the patient’s functional gut microbiome and their immune system to correct the responsiveness and tolerance of immune functions and thus reduce steroid-resistant, gastrointestinal-predominant aGvHD. MaaT013 has been granted Orphan Drug Designation by the US Food and Drug Administration (FDA) and the European Medicines Agency (EMA). MaaT013 was investigated in a Phase 2 clinical trial (HERACLES, NCT03359980) and is being administered in an early access program in France

The company’s Microbiome Ecosystem Therapies are produced through a standardized cGMP manufacturing and quality control process to safely deliver the full diversity of the microbiome, in liquid and oral formulations. MaaT Pharma benefits from the commitment of world-leading scientists and established relationships with regulators to support the integration of the use of microbiome therapies in clinical practice.

All statements other than statements of historical fact included in this press release about future events are subject to (i) change without notice and (ii) factors beyond the Company’s control. These statements may include, without limitation, any statements preceded by, followed by or including words such as “target,” “believe,” “expect,” “aim,” “intend,” “may,” “anticipate,” “estimate,” “plan,” “project,” “will,” “can have,” “likely,” “should,” “would,” “could” and other words and terms of similar meaning or the negative thereof. Forward-looking statements are subject to inherent risks and uncertainties beyond the Company’s control that could cause the Company’s actual results or performance to be materially different from the expected results or performance expressed or implied by such forward-looking statements.

We are a clinical-stage microbiome therapeutics company aiming to improve survival in cancer.

You can find out more about which cookies we are using or switch them off in settings.

This website uses cookies so that we can provide you with the best user experience possible. Cookie information is stored in your browser and performs functions such as recognising you when you return to our website and helping our team to understand which sections of the website you find most interesting and useful.

Strictly Necessary Cookie should be enabled at all times so that we can save your preferences for cookie settings.

If you disable this cookie, we will not be able to save your preferences. This means that every time you visit this website you will need to enable or disable cookies again.

This website uses Google Analytics to collect anonymous information such as the number of visitors to the site, and the most popular pages.

Please enable Strictly Necessary Cookies first so that we can save your preferences!